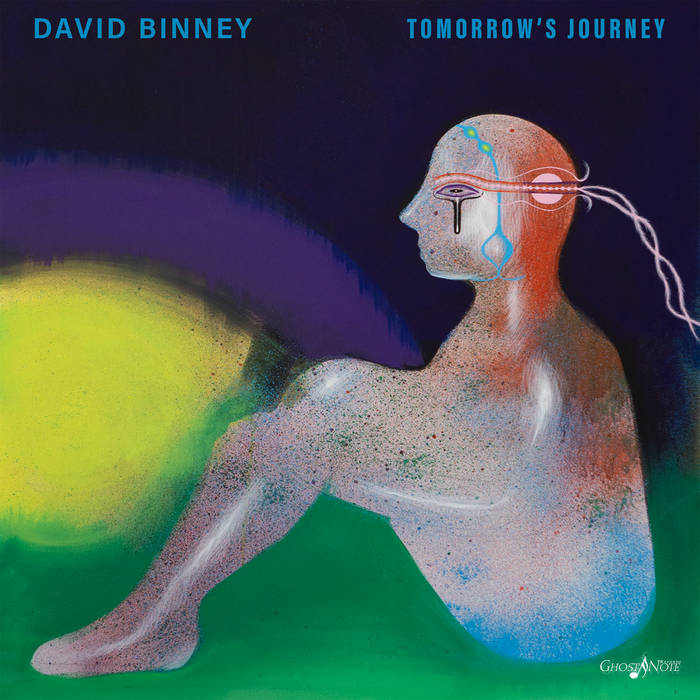 INNOVATIVE SAXOPHONIST/COMPOSER/PRODUCER DAVID BINNEY BREAKS NEW GROUND WITH HIS LATEST RELEASE, Tomorrow’s Journey, AVAILABLE May 2022.
Tomorrow’s Journey is the essence of Binney: absolute artistry and unhinged genre-defying originality that brazenly shatters the conventional musical mold.
Tomorrow’s Journey is not just an album—it’s a bold testament to what contemporary music can be, setting a new standard for musical innovation.
“This record is me pushing my compositions for an acoustic ensemble setting and playing to new levels with a group of musicians who were not only able and willing to learn the music, but capable of bringing a fire and energy from live performances into the studio. That’s a difficult thing to do and I think that on this record we get there and beyond.” - David Binney
Widely recognized for his lifelong commitment to mentoring younger musicians, Binney unites a young, supremely talented Los Angeles-based band featuring pianists Luca Mendoza and Paul Cornish, bassists Ethan Moffit and Logan Kane, drummer Benjamin Ring, percussionist Kenny Wolleson, and brass players Aaron Janik and Jon Hatamiya.
Binney notes, “The two basses were a new setting for me to write for. I’ve made numerous records with two drummers but this was the first whole album with two basses.”
Binney describes Tomorrow’s Journey as “the most musically intricate acoustic project [he’s] worked on thus far”, attributing the musical complexity to having adequate time to compose more involved music and rehearse with his group in Los Angeles in his home studio. The album was recorded at Next Recorders in East Los Angeles, the studio that is home to Los Lobos and Rufus Wainwright.
Following his exclusively electronic releases in 2020, Tomorrow’s Journey serves as a reminder of Binney’s unparalleled, inimitable range as an artist, and represents his return to the classic acoustic ensemble setting. Tomorrow’s Journey consists predominantly of new compositions by Binney as well as compositions “Casa” written by Luca Mendoza, and “Cali Culture” co-composed by Ambrose Akinmusire and Binney.
In addition to his sheer technical facility and elevated musical sophistication, Binney’s true strength is rooted in his openness and ability to comfortably weave between both electronic and acoustic mediums. This level of expertise is what allows him to consistently produce the brilliant, forward-thinking music that he is known for.
For decades, Binney has been a pivotal creative force behind the music scene in New York City—and worldwide. With his recent return to California, he has ushered in a new era of musicianship and collaborative energy, awakening the local resurgence of improvised music at its finest.
Short bio:
Acclaimed as a considerable and highly individual compositional talent, saxophonist David Binney is one of the most prolific jazz musicians on the scene today. He has recorded over 20 albums as a leader, and has been featured on over 300 other albums. He has performed with Knower (Louis Cole, Genevieve Artadi), Chrissie Hynde, the big bands of Gil Evans and Maria Schneider, Aretha Franklin, Maceo Parker, Jim Hall, Uri Caine, Vinicius Cantuaria, Carlinhos Brown, Norah Jones, Bobby Previte, the Cecil McBee
/
quintet, and countless others. Binney also co-founded the hard-edged quintet "Lost Tribe" and the open- form collective quartet "Lan Xang." He has produced all 22 of his own albums, and many others. Binney created the Donny McCaslin group that eventually became the group on David Bowie’s final record, Blackstar.
Binney was born in Miami, Florida, and raised in Southern California. At the age of 19, he moved to New York City, where he made a huge impact on the local jazz scene for many years. He currently resides in Los Angeles, California and continues to produce records and perform worldwide.
Quotes from the band:
“This album represents the years of knowledge Dave bestowed onto us within a surprisingly short period of time. We had all been playing with him regularly at his BlueWhale residency and I feel this recording represents the high level of trust and flow we built as a band during those gigs. Binney is such an incredibly inspiring leader. He really catapulted us into a new understanding of what was possible in music.” - Logan Kane, Bass
“This is one of the highest-energy albums I’ve heard or been a part of and Dave’s music really blooms thanks to his leadership and his energy in the studio.”
- Ethan Moffit, Bass
“This album is the closest thing I’ve heard to capturing the energy of live performance in many, many years. We’ve been forming this sound playing live for years now and I can’t wait for the world to hear what’s been cooking in LA.” - Luca Mendoza