To Put Into Words 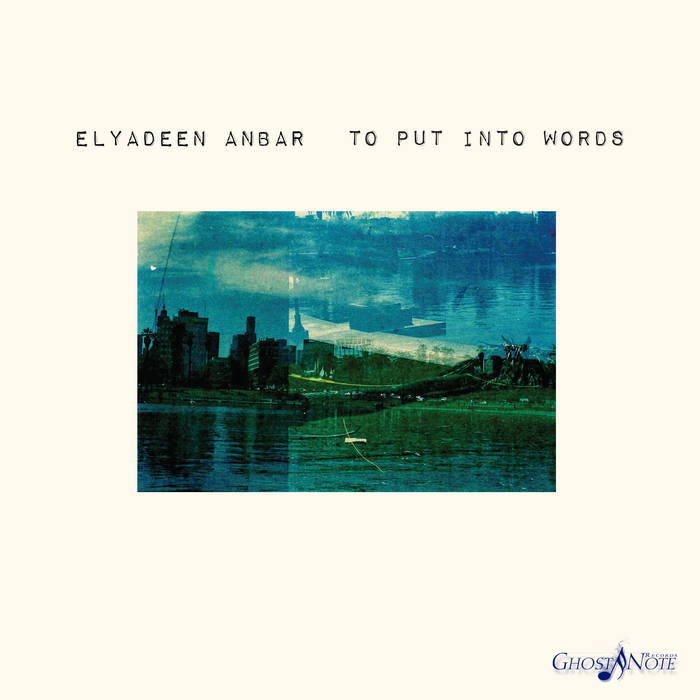 GUITARIST ELYADEEN ANBAR RELEASES HIS DEBUT
ALBUM ON GHOST NOTE RECORDS, DISPLAYING
VERSATILITY, COLORFUL IDEAS AND A SINGULAR CREATIVE STYLE
Elyadeen Anbar makes an impressive debut with To Put Into Words, his first release on the Ghost Note label.
Akin to Bill Frisell and John Scofield, Anbar adopts the language of jazz improvisation through his own expressive style, weaving through contemporary musical styles such as country, R&B, electronica and pop/funk. Performing seven original compositions and imaginative covers of “On The Road Again” and “I Will,” Anbar and his trio with bassist Francisco Ojeda and drummer Joey Lefitz create a memorable set of eccentric and explorative yet melodic music.
Elyadeen Anbar begins the program with his unaccompanied guitar on the thoughtful “Isaac.” “Three Of Two” features subtle and articulate drumming from Lefitz as Anbar takes listeners on an unpredictable yet strangely familiar musical journey. “Road Of Trials” features special guest Julian “J3PO” Pollack, who creates a mysterious atmosphere and dense textures before turning on a dime, evolving into a tonally satisfying conclusion. Here, as throughout the set, the guitarist demonstrates his personal style of pacing and development, employing his own unique vocabulary, taking his time while allowing the ensemble to explore in fresh, unexpected territory.
Paul McCartney’s understated “I Will” is a particularly captivating melody and features close interplay by Anbar with bassist Ojeda. He creates a down-home porch stomping strut on “The Businessman,” and displays a bright tone on the jazz waltz “It Comes Around.” A pensive ballad, the title track “To Put Into Words,” employs an airy guitar tone that celebrates the expressive dynamic ability of a focused trio. The set concludes with a reprise of the wistful
“Isaac” and a celebratory rendition of Willie Nelson’s “On The Road Again.”
Born in Los Angeles, Elyadeen Anbar grew up in Montreal and Chicago. He started playing guitar at age 14, was soon leading his own group, and gained experience playing in rock and jam bands along with his high school’s jazz ensemble. He majored in jazz guitar at DePaul University, played at a variety of Chicago venues, and worked with Frank Catalano, Greg Ward, and others. In 2007, after performing at the Blue Note, he moved to New York where he earned a Masters in performance from NYU. During this time he studied with Bobby Broom, Chris Potter and Wayne Krantz. Based in Brooklyn for eight years while also touring internationally, Anbar performed with jazz, pop and funk groups in addition to becoming a cogent educator. In 2015 he moved to Los Angeles where he has continued his multifaceted career.
With the release of his Ghost Note debut, it is time for the rest of the music world to become aware of Elyadeen Anbar, a bright young talent.
For more information on Elyadeen Anbar, his new release and Ghost Note Records please contact -----------